VSA volunteers support the Pacific tourism sector by working alongside local government and tourism operators to offer quality experiences. It is authentic, locally provided, and reinvests in the local community by providing employment, training and education. Find out more at www.vsa.org.nz/volunteer 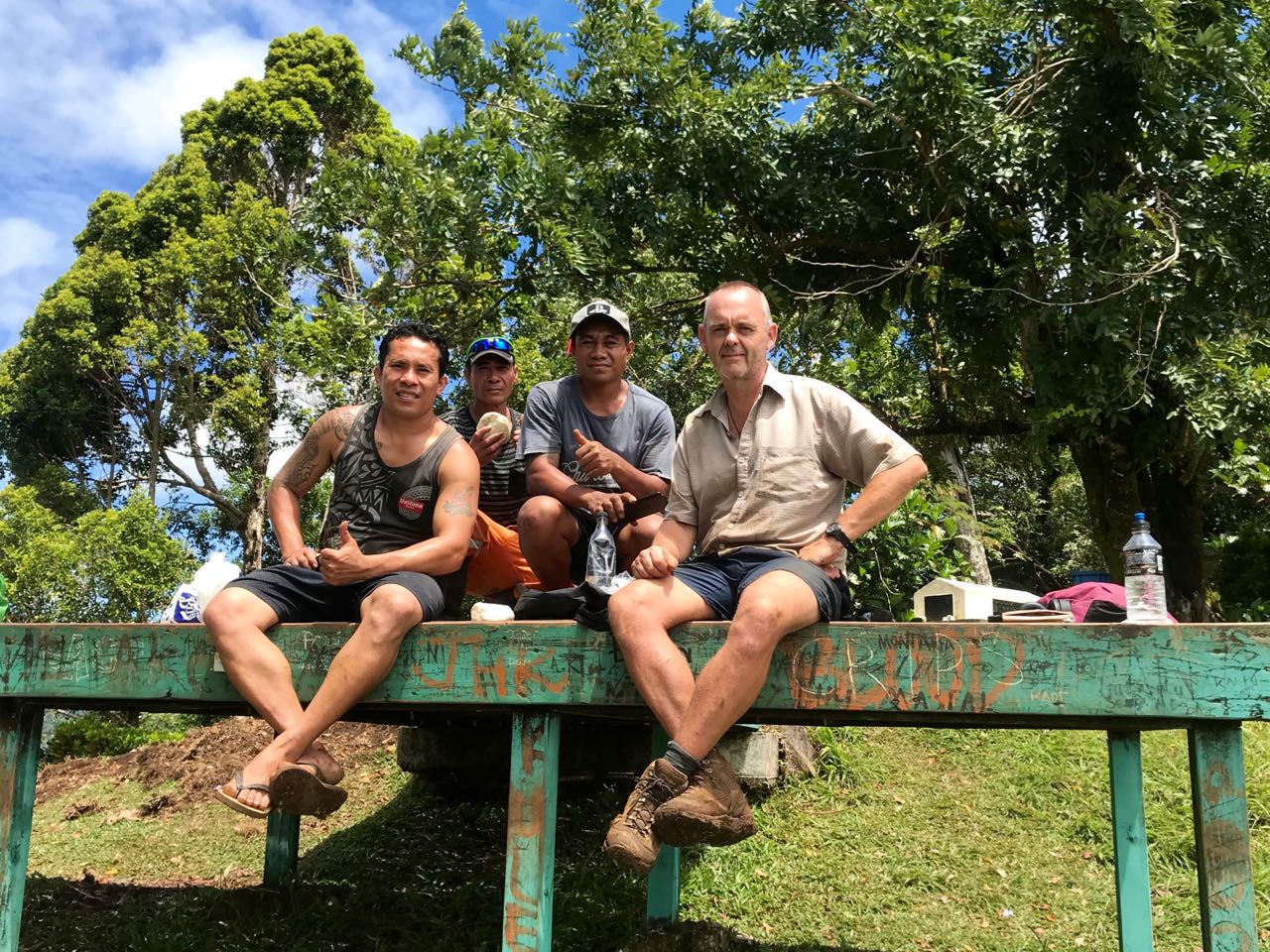 Chris Barnes spent 20 years in the investment industry and then 16 years as a property developer. But it was his years volunteering for the Department of Conservation (DOC) that led Chris to his recent Volunteer Services Abroad assignment: building walking tracks – and capacity – in Samoa.

With the local team, Chris knocked off in six months a job that was scheduled to take at least two years: restoring the walking trail up Apia’s Mt Vaea. 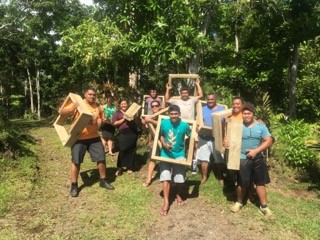 The team, with box step frames.

The burial place of Robert Louis Stevenson – his tomb is right at the top – Mt Vaea attracts thousands of visitors a year, but until recently many were not venturing up to the tomb.

When Chris arrived in Apia, he observed the tracks for a few days and estimated around 100 people a day were walking the trail: about 30 tourists and 70 locals.

Now, with the improvements to the shorter track, the number of walkers has doubled. The plans for the trail restoration were begun in 2016 by another VSA volunteer, John Marsh, and helped along by DOC’s Ken Bradley, who reported on the state of the trail in the same year. 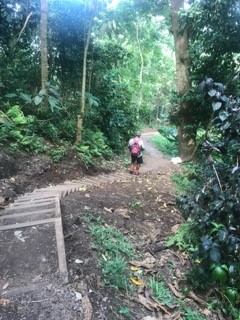 The view looking down the track.

But Chris really managed to get things moving when he was recruited to volunteer as a trail development adviser with Samoa’s Ministry of Natural Resources and Environment (MNRE). His brief: to improve critical areas of the trail, and build the capability of locals to continue the restoration work and maintain the tracks after he has gone.

Within six months, Chris and his small crew of local MNRE workers had completely restored the 1300m “short” track, enhanced the walk from the carpark to the first bridge and improved the 2km “long” track.

Chris was no stranger to building tracks – he’d been doing volunteer track maintenance for DOC in Fiordland for 10 years. And working as a property developer had made him “handy with a hammer”. But he says of his VSA stint: “I’ve never worked so hard in my life. I’ve been on the end of a shovel every day since I got here”. 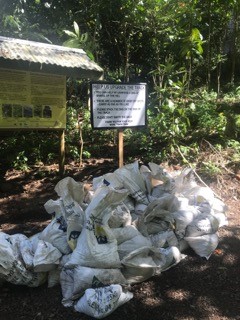 The sign at the bottom of the track inviting walkers to carry material up.

Although the job description had him as an “adviser”, Chris says you can’t really just tell someone how to build tracks. And he’s not one for standing watching while others work anyway. So each day, Chris would join the two or three Ministry employees who’d turned up and together they’d dig side-drains and lug 27kg timber box-steps and 13kg bags of gravel up the mountain.

A few weeks in, however, the 400 steps and 2000 sacks of gravel that needed to be carried up – in temperatures averaging 29° Celsius – started to look like an impossible task.

That is, until Chris hit upon his “cunning plan”.

He decided to erect a sign at the bottom of the hill that said “Help us upgrade the track. You can help by carrying a bag of gravel up the hill. There are drop-off spots. Carry as far as you like. Please stack them on the side of the track.”

The result was staggering.

“We’ve had a ridiculous amount of support from people. And in fact, we can’t stop them carrying the bloody bags up. We’ve had to put a sign up saying ‘Stop carrying the bags up the hill’, because now they’re all at the top!”

VSA recruits year-round for volunteers in a wide variety of professional fields – assignments range from six months to two years, and costs are covered. Find out more at www.vsa.org.nz/volunteer 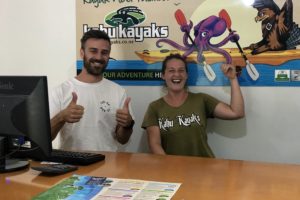 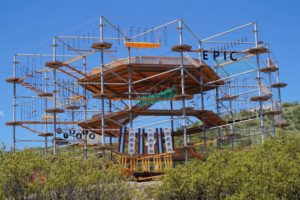 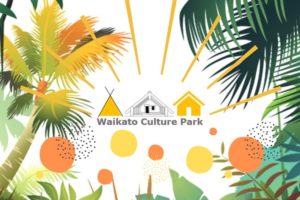 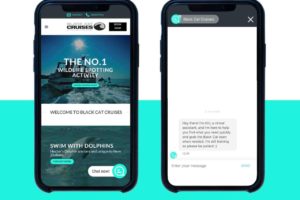 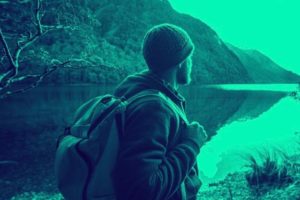 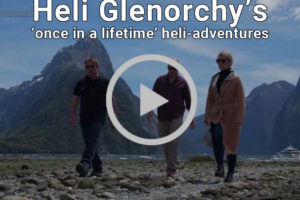 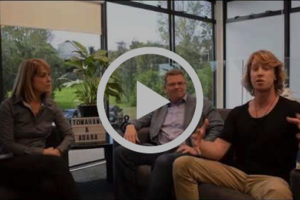 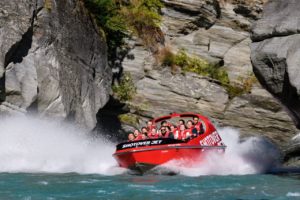 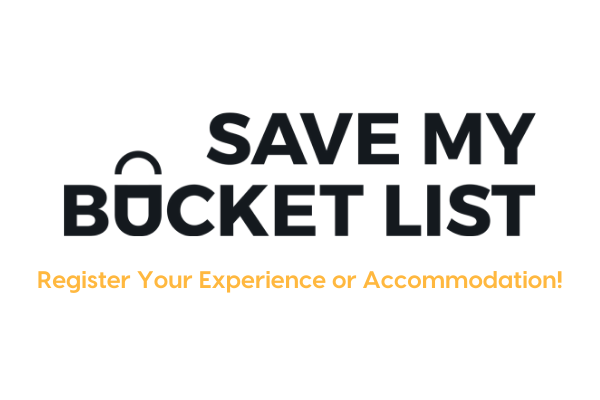