Major study says Ports of Auckland should close, Northport be developed A high-powered working group has recommended the managed closure of the Ports of Auckland and the development of Northport as the best way forward for the freight future of the upper North Island and New Zealand. Northern Advocate

Museum progress emerges from the shadows EDITORIAL: The governance of the Southland Museum and Art Gallery has long been a sorry example of activity without achievement. Southland Times

Wellington Report 2019: Big gigs that skipped the capital Wellington’s claim to the title of cultural capital continues to crumble into the harbour with two of the biggest bands in music history the latest to snub the city. Stuff

‘Huge’ challenges in managing growth Car parks or cycleways? Waterfront development or managed retreat? Just what should the future of Dunedin look like? ODT

Tasman tourist operator gets the zero carbon tick AbelTasman.com were awarded the Zero Carbon status by not-for-profit enterprise Ekos, after offsetting their emissions through a forest project in Golden Bay. Stuff

Air New Zealand’s Koru Club: It’s time to kick the freeloaders out OPINION: What was once a sanctuary for busy travellers to do some work has now become a zoo. Stuff

MGM Settles Las Vegas Shooting Lawsuit for Up to US$800m Hundreds of lawsuits have been filed against the owner of the Mandalay Bay resort where the gunman opened fire into an outdoor concert on Oct. 1, 2017. The casino giant also owns the venue where 58 people died and hundreds were injured. Skift

The effect Greta Thunberg and ‘Flygskam’ are having on air travel One in five travellers say they’ll fly less for the sake of the planet, according to a survey of 6000 travellers as ‘flight-shaming’ takes off. Newshub

UBS and flygskam: The big scary number that will have airlines and airports worried The latest big number on the impact of ”flygskam” – or flight shaming – should have the aviation industry’s attention. NZ Herald (sub)

Spain plans loans, tariff breaks to gird tourism sector after Thomas Cook collapse Spain is preparing a plan worth 300 million euros (US$328 million) to shore up the economies of its sun-drenched tourist spots after the collapse of British travel group Thomas Cook. Reuters

Tourists visiting Amsterdam will pay more in 2020 Starting from 1 January, the city will increase its tourist tax on any visitor spending the night in the Dutch capital, whether they’re staying in a hotel, guesthouse or Airbnb rental. Lonely Planet

Sri Lanka attacks: The beach paradise that wants its tourists back Sri Lanka’s Easter Sunday suicide bombings killed more than 250 people – and threatened to wreck the country’s tourism industry. But, five months on, there is hope on the horizon BBC

The awkward questions about slavery from tourists in US South For decades, tourists have been drawn to Charleston and its plantations for the idyllic southern charm, a deliberate throwback to a Gone With the Wind era. BBC

It’s often gloomy and depressing, but dark tourism is on the rise Dark tourism is today a growing sector of the travel industry, with more travellers taking time out from relaxing on the beach, checking out city sights and exploring nature reserves, to pay homage to horrible histories. Traveller

Morocco’s tourism challenges Tourism is a key source of income for Morocco, but it also brings challenges. BBC (audio) 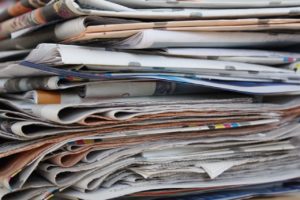 Wednesday Letter: George Hickton on the lessons from SARS